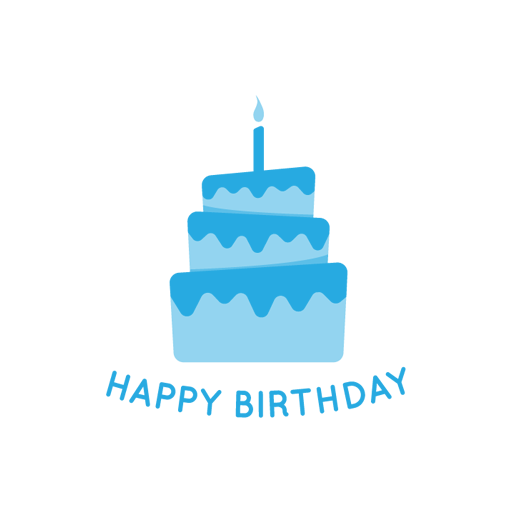 'Should I start my own business?' or how I learned to stop worrying and love the bomb.

Amazingly Proactive Code has been running for four years! To celebrate this milestone I thought I'd take some time out to share my thoughts on the journey to date. I also thought it might be a helpful reference to the increasing number of friends, family and ex-colleagues who are considering self-employment as a potential next step.

I started Proactive Code after a previous employer was bought and merged into a larger group. I avoided the inevitable lay-offs, but the situation really hit home how little control I had as an employee.

Additionally, I was increasingly frustrated at some of the decisions made without due consideration at the management level. The simple question 'how would I have done this better' kept rearing its head, and increasingly I wanted to find out.

To be clear, I'm not your normal entrepreneurial risk-taker. In fact, I'm terribly risk averse, but I think everyone has a tipping point where the potential rewards for setting up your own business outweigh the potential risks of leaving employment. This seems particularly true in the wake of lay-offs, as the normal fallback of 'employment being the safe route' seemed particularly hollow.

Anyway, after the merger was complete, the employees in the office dropped from around 50+ to 10 of us. A few weeks later I scheduled a meeting with the acting head of the remaining operation, where I proposed doing the same work on a freelance basis.

He agreed and I handed in my notice. To be clear, by this point I had already secured another client, and one that I still have to this day. A small technology business in north Leeds.

The 'plan', if that’s what you could call it, was simple. The contract I made with my ex-employer would pay for the mortgage, car repayments and utility bills. The hourly rate was low, but offered the stability I would need to get things going.

The money I received from working with my first new client would provide enough money to keep the operation sustainable and in my remaining free time, which I worked out would be an hour or two each day, would allow me to work on my own in house projects and find more clients to act as a safety net moving forwards.

This was a terrible plan.

Why? You know that saying 'time is money', well once you work for yourself you became acutely aware of just how true this is. And unfortunately, there are plenty of unanticipated time sinkholes when you're self-employed.

And what about the costs of running a business?

These escalate every year. For the first 6 months I had free access to Adobe Creative Cloud. I used my existing home computer, a free edition of Dropbox. In fact, the only thing I really purchased was a basic cPanel resellers hosting account. The business cost about £50 a month to run.

Now, scrapping the cost of an employee, the business costs ten times that amount. I now offer a variety of hosting options, have multiple Adobe Cloud accounts, an office, security software, dedicated office hardware, a growing G Suite account... the list goes on.

So what happened to my plan?

To make enough to live I had to extend my working hours. To my wife's utter destain I often worked around 12.5 hours a day. My record was a 6:30am start, ending at 1:30am. With breaks (lunch and dinner), that was a fairly staggering 17.5 hour 'day'.

So what was the upshot of all this work? Well, charging cheap rates and working long hours resulted in an expanding client base. This resulted in even longer hours...

...and then I became a parent.

Ever juggled a growing business, a sickly baby, an upset wife and angry customers?

Don't. It's not a good experience. At this point, I lost my first customer as I simply couldn't keep up with demand. I could no longer work the same hours I'd previously been able to perform. The quality of my work fell and for the first time in my life, I felt genuinely hopeless. Without a doubt, this was the lowest point in my working career to date.

At this point I decided things had to change.

The fundamental problem in all this was charging too little. If I charged more I could afford an employee, which would help me keep up with increasing client demand. In January 2018 I increased my hourly rate from £20 to £30 across the board. One customer agreed to pay £40p/h in return for a priority service.

In June, I moved into an office and employed a full time staff member. The new plan, charge a sustainable amount, have enough time in the working day to do my job (and admin tasks!) and finally try and crack on with those homegrown projects I’ve been sitting on for years.

Did the plan work?

No, don’t be silly. But things are much better now. Having an employee has really helped the business crack on with the large projects that I’d have previously struggled with. I can now also offer a service that doesn’t grind to a complete halt when I go on holiday.

So would I recommend going solo?

It depends, there isn't a correct answer here. If you have a high tolerance for endurance workloads and an ability to multitask, making your own business might be a good fit.

The best bit is seeing your hard work pay off. Remember that small client I launched with? Well BigChange have expanded rapidly, now have around 100 employees and have an amazing future ahead of them.

Another customer (a retail startup) recently completed their first year of trading, growing at a rate I've never seen before. They have recently launched their second online retail brand.

A long-standing client who runs a local funeral service (Full Circle Funerals) is now looking to expand, being able to self-manage their site has been a helpful tool for them along the way.

My ex-employer (who I still work with) is seeing steady progression in their retail operation and benefits from monthly promotion emails facilitated through Proactive Code.

Knowing the work is appreciated, and facilitates local businesses, is what it's all about. It's extremely satisfying seeing work pay off.

Look, being self-employed is awful. I get paid less now than I did four years ago. I work longer hours, and I'm often incredibly stressed out.

It's also fantastically rewarding, and my ability as a developer has increased exponentially.

I've also met loads of amazing people and helped them grow their organisations.

Are the risks, anxiety and stress worth the rewards? Yes absolutely, at least for me. It's certainly not for everyone.